The Underground Railroad: Next Stop, Toronto!

The Underground Railroad: Next Stop, Toronto! explores Toronto’s role as a destination for thousands of freedom seekers before the American Civil War. This new edition traces pathways taken by people, enslaved and free, who courageously made the trip north in search of liberty and offers new biographies, images, and information, some of which is augmented by a 2015 archaeological dig in downtown Toronto.

Within its pages are stories of courageous men, women, and children who overcame barriers of prejudice and racism to create homes, institutions, and a rich and vibrant community life in Canada’s largest city. These brave individuals established organizations not only to help newcomers but also to oppose the ongoing slavery in the United States and to resist racism in their adopted city.

Based entirely on original research, The Underground Railroad offers fresh insights into the rich heritage of African Americans who became African Canadians and helped build Toronto as we know the city today. 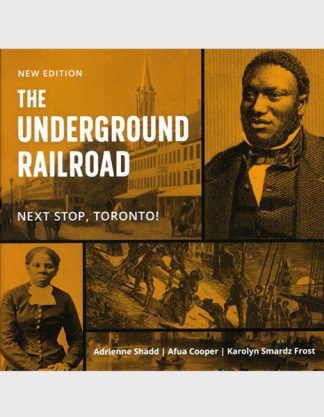 You're viewing: The Underground Railroad: Next Stop, Toronto! $19.99
Add to cart