I’ve Got a Home in Glory Land

It was the day before Independence Day, 1831. As his bride, Lucie, was about to be “sold down the river” to the slave markets of New Orleans, young Thornton Blackburn planned a daring—and successful—daylight escape from Louisville. But they were discovered by slave catchers in Michigan and slated to be returned to Kentucky in chains, until the Black community rallied to their cause. The Blackburn Riot of 1833 was the first racial uprising in Detroit history.

Toronto-born archaeologist and historian, Karolyn Smardz Frost’s 1985 excavation of the Thornton and Lucie Blackburn site made history. I’ve Got a Home in Glory Land is the fruit of more than 20 years of historical detective work into this fugitive slave couple’s dramatic escape to Canada, their important contributions to the development of Toronto, and their impact on Upper Canada’s migration policies.

A gripping read, and winner of the Governor General’s Award for Non-Fiction in 2007. 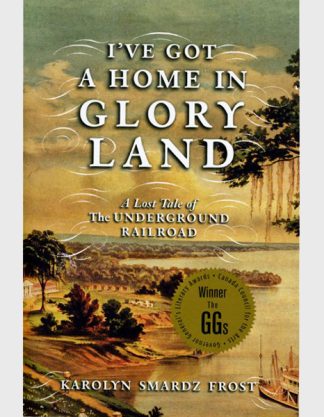